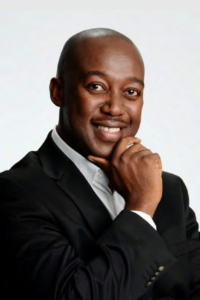 Advocate E. Nathi Gaisa is a practicing advocate of the High Court of South Africa, and holds chambers in Polokwane, South Africa. After his admission as an advocate, he has practiced law extensively and litigated cases in the various courts of law throughout the country. His achievements as a legal scholar and practitioner include among others appearing before the constitutional court of South Africa, the supreme court of appeal and at various high courts representing both public and private sector clients. He has presided over and chaired (as arbiter) at various forums, hearings, and inquiries with parties from both the public and private sector.

Adv. Gaisa runs a practice in civil, commercial and labor law litigation while also conducting research, drafting presentation papers and legal opinions on a range of subjects, topics, and cases. Adv. Gaisa has always been a civically engaged leader since his university years serving on SASCO, and as a local community builder in the Eastern Cape. He has represented Business and Arts South Africa (BASA) as well as served as councilor for the Eastern Cape Provincial Arts and Culture Council (ECPACC) to name a few.

He has worked at the Danish Centre for Human Rights in Copenhagen; chaired the Arts & Culture Marketing Association of South Africa (ACMASA) which he represented in the UK at the British Council sponsored conference. Together with former South African judge, Mr Justice Goldstone, Adv. Gaisa addressed a conference of the association of West European Parliamentarians (against apartheid) as well as the conference of the Human Rights Information and Documentation Systems (HuRiDocS) in Oslo Norway. 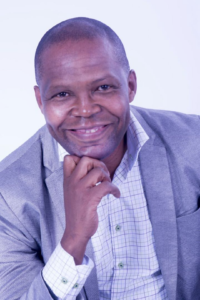 Mr Hugh S. Mtshali is a recognized and successful business leader, entrepreneur, analytical chemist, and community builder. Born and raised in Soweto, Hugh has a long-proven record of accomplishments as a visionary, strategist, and a passionate investor in people. His career spans over three decades of business dealings in South Africa, America, and Asia. He founded several businesses  from the ground up as well as negotiated major partnerships and deals including with Fortune 500 companies. Hugh holds a diverse portfolio of business interests and is involved both as director and shareholder in more than thirty companies spanning a broad spectrum of sectors that range from healthcare, manufacturing, electrical, communications, mining, energy, textiles, and Fast Moving Consumer Goods (FMCG). His approach to business focuses on driving positive social impact within the community.

Currently, Hugh serves as chairman and director of RTT MedCon, a major player in the preventive healthcare industry. under his leadership RTT MedCon became one of the first manufacturers in South Africa to be approved for the DTI’s black industrialist programme. The company is recognized as a leader in the continent and has developed strategic alliances with some of the world’s largest healthcare manufacturers. Recently, it was selected to participate in a healthcare documentary which highlights the work and the contribution that the company has made over the years. This documentary was shown in 12 countries around the world. Hugh is a qualified analytical chemist and his early career began as a laboratory analyst at Metal Box R&D; and a microbiologist at SGS Qualitest; and a training manager at Kemklean Limited – just to name a few. He later became sales manager at New Age Beverages (Pepsi SA). Along the way he worked as marketing director for MSH Distributors and was instrumental in the establishment of Procter Gamble’s sales and marketing operations in the South African  communities.

Hugh is a humanitarian and his community building engagement dates back to the early 80s as the socio- political climate of the country was shifting and South Africa’s doors were opening to the world. He remains engaged to this day now serving as the chairman of the South African National Civic Organization (SANCO) Investment Group (SIG). During the 90’s Hugh was involved with connecting and bringing diverse groups of international leaders – mainly from the U.S. business, political and professional fraternities. These initiatives began an adopt-a-school movement that saw several township schools receive the much- needed school supplies, computer laboratories, libraries, as well as science laboratories. 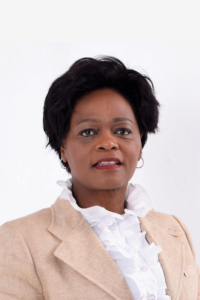 Before starting Milzet, Nomathemba honed her project management and negotiations skills at various private and public sector organizations including as senior consultant at the IQ business group, as assistant director of business regulations at the Gauteng Economic Affairs and Finance; as a researcher in the department of Local Government and Development Planning, and in logistics at the Independent Electoral Commission. She also worked as an arbitrator for Independent Mediations Services of South Africa (imssa) and at the University of the Witwatersrand, department of Construction Economics, and Management.

She has a passion for skills development and youth empowerment. This passion flourished in the late 1990s as the shifting political and economic landscape exposed the country’s great need for a qualified workforce that contributes positively to Black Economic Empowerment through sector economic charters. This led to the birth of Milzet Skills Development Institute.

Nomathemba is a graduate of Wits University with a Bachelor of Arts in Education, and an MSc in Building.

She currently serves on the board of SANCO Development Institute (SDI), SANCO Investment Group (SIG), and the Mining Qualification Authority (MQA). Previously she served on the qualifications committee for Quality Council for Trades and Occupations (QCTO). Internationally, she is a member of the world’s largest skills association, Association Talent Development (ATD, formerly American Society). 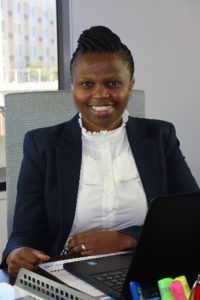 Bongiwe Mbunge joined Mazars in February 2003 and obtained her B.Compt degree at the University ofSouth Africa, her Honors at the University of Fort Hare. She is a qualified Chartered Accountant with ten years’ experience in external audit and has managed various portfolios from owner managed businesses to a large listed entity.

Bongiwe completed her articles within the Mazars audit department working across a broad spectrum of industries including exposure to Public Sector assurance engagements. Currently a Senior Manager at Mazars, Bongiwe has a passion for capacity development and is actively involved in training and development initiatives. She is currently focusing on Business Sustainability for a varied client base from Owner Managed Businesses, SMME’s, Corporate and Listed clients. Bongiwe’s passion is in the implementation of sustainable strategies, managing key stakeholder relationships, identifying and providing solutions to the business’ material issues to grow the business.

Bongiwe is also active in Mazars’ in house training called Tomorrow’s Learning Community where she is a trainer of trainee accountants and remains true to her passion for learning by tutoring 3rd year Auditing students at the University of the Western Cape. Bongiwe has extended her passion of building capacity by heading up an outsourced training academy where she passionately focusses on Governance Training to build competent and sustainable boards.

Bongiwe’s passion for numbers has been seen to benefit communities where she teaches on fundamental financial principles aimed at raising awareness of the detriments of debt while encouraging a reduction in waste management. She is a member of the African Women Chartered Accountants in the Western Cape where Bongiwe dedicates some of her time in building the next generation of Chartered Accountants. Not that this schedule is not intense enough, Bongiwe is a mother to two girl children, Khazimla (5) and Kwezilomso (2) just to ensure that she is kept on her toes! Married to a supporting Lungile, family remains one of Bongiwe’s treasures. One of Bongiwe’s favorite inspirations are from Christopher Marley, “Big shots are just small shots who keep shooting.” 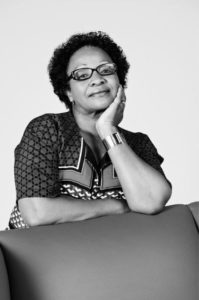 Irene Moutlana is a Professor, a distinguished scholar, and a respected leader in the field of education.

She is a recognized community leader who in 2002 was nominated for the Business Woman of the Year for Education Award. In 2014, the World Chancellors and Vice-Chancellors Congress recognised Professor Moutlana with an Award for Outstanding Contribution to Education. She holds a Doctor Educationis (D. Ed.) and a Magister Educationis (M. Ed.) from Harvard University, Cambridge Massachusetts, USA. Her Doctoral thesis was titled: The impact of the curriculum on the self-concepts of black adolescents in South Africa. Her graduate studies include a Bachelor of Arts obtained from the University of the North, Limpopo in 1975 and a Bachelor of Education from the University of Pretoria obtained in 1984.

She currently serves as the Vice-Chancellor and Principal of Vaal University of Technology, a position she has held since January 2007.

Prior to that she was the Interim Deputy Vice Chancellor: Research, Innovation, and Technology at the Nelson Mandela Metropolitan University. From 1997 to 2004 she served as Vice-Rector:  Academic at Port Elizabeth Technikon. Between 2003 and 2004 she played a major role in the PET/UPE/Vista merger process. As the Acting Vice-Rector of the PE Technikon she represented and chaired several committees of the joint management core group.

In addition to her vast institutional responsibilities, Prof Moutlana holds and has held a myriad of national leadership responsibilities some of which are listed here below:

Board Member Council on Higher Education.